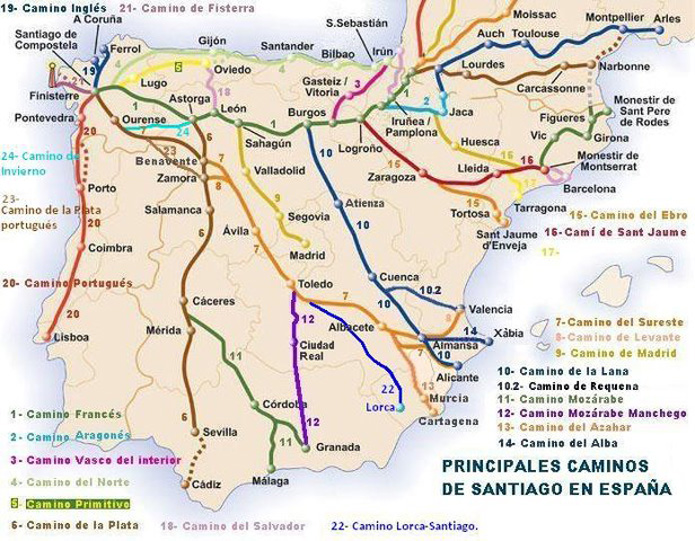 
A beautiful walk today. I left Masegoso while still dark, which was no problem as the first 2 1/2 km where on a paved road. I easily found the Camino path on graveled farm roads, from which I detoured yesterday, after it was light enough to see. The next 7 km were on gently rising gravel until the town of Las Inviernos. There was then a very steep 3 km ascent that let to a broad and quite flat plateau until the town of Mirabueno late in the walk. This plateau included crossing of both the high speed rail line and the highway linking Madrid to Barcelona. After Mirabueno, there was a steep but picturesque descent into today's destination of Mandayona in the Rio Dulce valley. All told about 24 km or 14 miles. Tomorrow I will be walking up this river valley to Sigüenza.
There were two choices for accomodations here, either stay in the town hall meeting room with a bathroom without showers or the local hostal rural. Wishing for more comforts as I get old, I opted for the hostal rural. It has way more comforts than I need ( balcony, double bed, nice big room and bathroom, breakfast) but I am enjoying it. Kathy would love it and it would be nice if she was here for a night to share it! No midday comida, but the hostal has a cena (dinner) at nine pm, which I will attend. I was able to find a good grocery store after a dearth of them for the past few days. As I write this, I am enjoying good chorizo sausage, sardines in tomato sauce, aged sheep cheese, and Verdejo wine. Life is good! 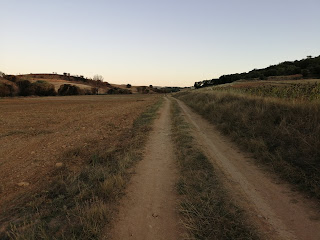 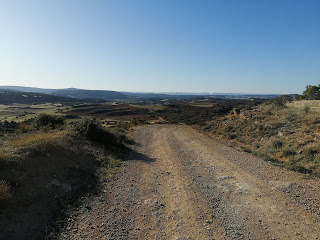 From the summit, looking back to the plumes of the nuclear plant and the Tetas de Viana 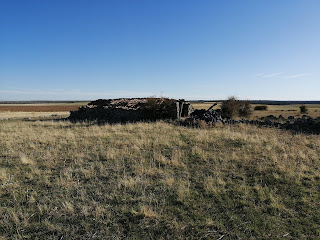 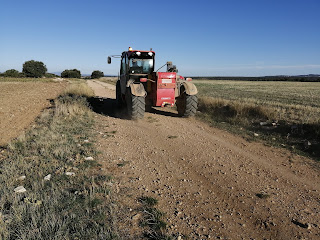 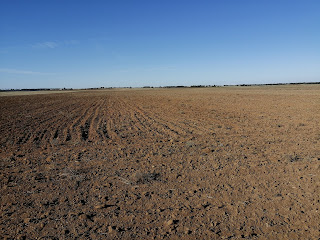 I was surprised how big the fields were on the plateau 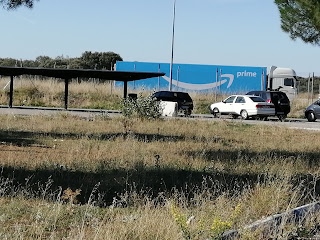 Prime trucks on the Spanish freeway 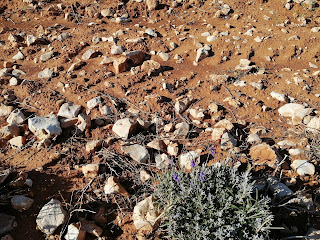 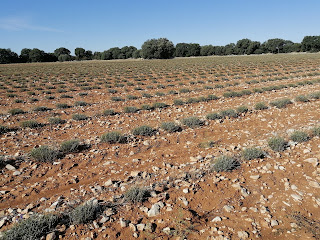 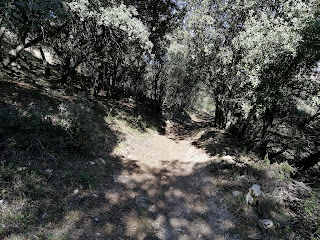 The trail between Mirabueno and Mandayona 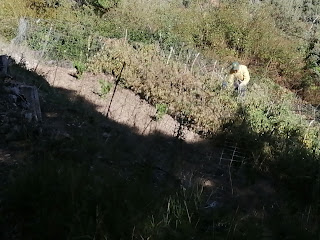 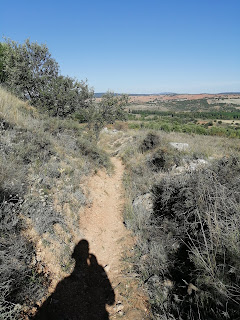 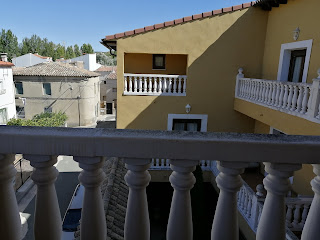 My balcony at the hostal rural 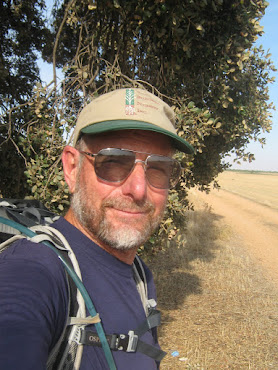